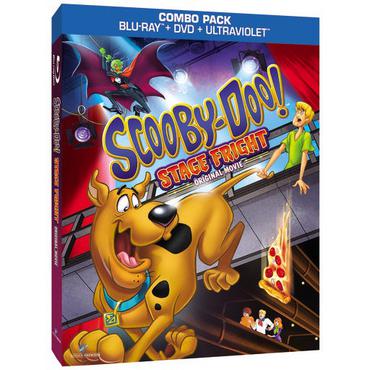 Holiday Contest and Sweeps
Along With

Proudly Gives You a Chance to Win a

Join Scooby-Doo, Shaggy and the Mystery Inc. crew as they head to Chicago for a talent show, some museum tours and whole lotta pizza! The windy city is home to the hit TV show, Talent Star, in which songwriting duo Fred and Daphne are finalists with some high hopes. Not to be left out, Scooby and Shaggy have a secret act in the works, which they are betting will take the contest by storm. Unlucky for them, the competition is frightful at this talent contest as the show is being broadcast from an opera house with a history of horrors and a particularly vengeful phantom that has cursed the shows production. From costume changin' chases to collecting creepy clues, the show must go on and with a natural talent like Scooby-Doo on the case, you can be sure that the laughs, thrills and adventure are always first place!

Warner Brothers Home Entertainment once again has hit a home run
with another great Scooby-Doo DVD release, "Stage Fright".From the
very beginning of the movie, it had my Grandchildren's complete attention.
From laughing to being completely encased in the thrill of the scenes, this
Scooby-Doo release is bound to be a huge hit with children and adults
everywhere.

My Granddaughters applauded for Fred  and Daphne making it to the finals
in the hit TV show "Talent Start". Not to be out done Scooby and Shaggy
got cheers from my grandson's as they put together a secret act to compete
as well in the show. Everyone;s eye's were fixed on the television when the
scene took them to the opera house which has a history of horrors and a very
vengeful phantom.Each costume change had chases and creepy clues that made
this movie one that all truly enjoyed. 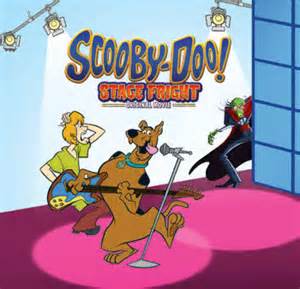 Thank you to our Sponsor Warner Brothers Home Entertainment

This Giveaway is in no way associated, affiliated or
endorsed by Facebook.

Holiday Contest and Sweeps received a copy of this DVD
as compensation for this review/giveaway. Once the winner
is drawn and verified, they will have 48 hours to reply to the
prize notification email, failure to rely in this time frame will
result in another winner to be drawn.

Best of Luck Everyone!


Disclosure: Mami's 3 Little Monkeys received no monetary or product compensation for this publication. I am not responsible for prize fulfillment.
Posted by sarh s at 12:00 AM