Disclosure: We received the below products in exchange for our honest review. All opinions and experiences are our own and may differ from yours.

Sandwich Bros.
Sandwich Bros. of Wisconsin is a brand from Kangaroo which was founded by brother John and George Kashou in Milwaukee, Wisconsin. Kangaroo was founded 37 years ago in 1979, 10 years before I was born. The brothers grew to be a leading supplier of specialty breads and North America's leading supplier of private label pita chips. The family focused on their award-winning Pocket Breads and developed a new line of premium hand-held Sandwiches, which are highly praised by consumers as well as trade.

With the trend growing in hand-held snack and breakfast foods and the lack of quality offerings they made a commitment to produce the tastiest, highest quality and most convenient ready-to-eat sandwiches. Their line of frozen sandwiches is marketed under the brand, Sandwich Bros. of Wisconsin, which pays homage to the money local Wisconsin vendors the company partners with.

Kangaroo is firmly committed to keeping our planet clean and green. All inedible food waste is donated to Wisconsin farmers so that all waste can be recycled and all short coded goods are donated to the Wisconsin Hunger Task Force. 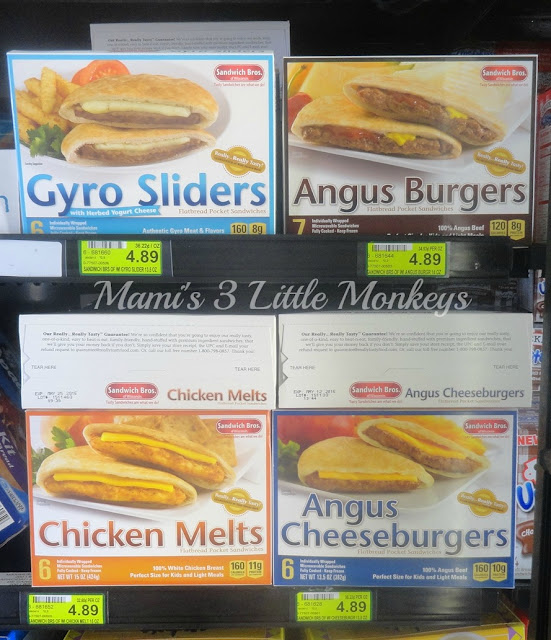 I received vouchers/coupons for Sandwich Bros. of Wisconsin products, this allowed us to go to the store and see first hand the selections that were available to us. At our local Woodman's we found these four varieties of Sandwich Bros. We chose two boxes of Chicken Melts, a box of Angus Cheeseburgers and a box of Gyro Sliders. I was very impressed with the quantity and price per box. The size of each sandwich was decent as well.

Everyone in our household greatly enjoyed our Sandwich Bros. of Wisconsin hand-held pita pocket sandwiches. Even our youngest mowed down on the Chicken Melts. These disappeared as quickly as we brought them into the house. They are quick and easy to make which would be the idea item to bring to work since they don't take long at all to heat through.

I am typically pretty picky about frozen foods, but these did not disappoint me at all in flavor and quality of the ingredients. I thought for sure the pita pocket would become either soggy and gross or rock hard and inedible. However, neither of those happened! They honestly heated up perfectly! Every time we grocery shop I now look to see if these are offered in which ever store we are shopping. If we happen to spot them, we definitely buy several boxes. 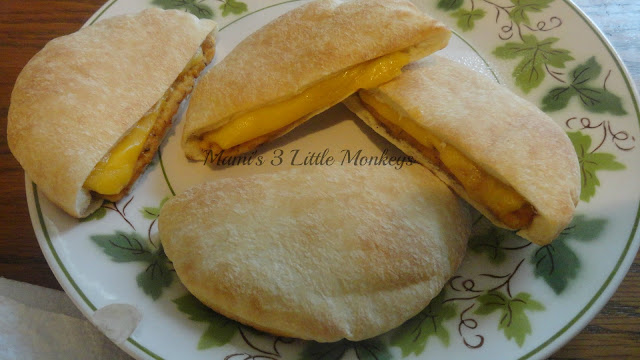 Here are just the Chicken Melts which I bought in hope of at least my youngest eating and enjoying... well, I didn't really get as many of these as I had wanted because he kept chowing down on them so quick. I typically do not at all care for chicken patties, chicken nuggets, etc. due to the grizzle/fat that always seems to end up only in mine. These had none of that, I was so ecstatic to be able to eat a once frozen Chicken Melt with out biting into anything unpleasant. 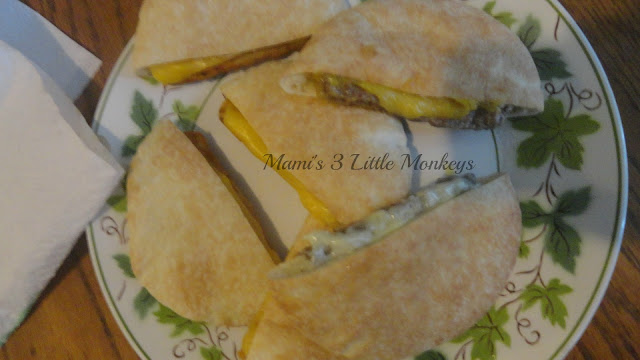 Here are the Gyro Sliders and Angus Cheeseburgers. I am not a fan of Gyros so I did not try those, but Dan said that they were pretty tasty. The Angus Cheeseburgers were tasty as well, the burger was nice and moist. I really dislike if there is any hard edges and there were none with these. The cheese on all of the sandwiches melted very nicely as well, that's a big requirement for us Wisconsinites.

Find them near you!
Check out the Where to Buy here to see what stores near you carry Sandwich Bros. of Wisconsin products. You wont be disappointed, they make a great snack or light lunch.