Snap-EZ is a family run company. Snap-EZ was discovered by a Stay-At-Home, Homeschooling mother of twelve named Ruth! Her children range from newborn all the way through adult, two of them have moved out and now share an apartment together.
Here is the wonderful Snap-EZ family!

Snap-EZ was born when she was introduced to the new PUL pocket diapers by a dear friend of hers. She immediately fell in love, as have most of us cloth diapering mommas. However, she could not afford to buy enough to cloth diaper full time, so she began making her own and they turned out so wonderfully well that she decided to go beyond just saving money and began to manufacture and sell her wonderful cloth diapers.

Ruth is not like most of the other SAHM to WAHM cloth diaper sewers, she has some life long great experience to greatly help out her Snap-EZ cloth diaper business. Such as diapering nine children for eighteen years! Now she has eleven children and has been diapering for a whole twenty-five years!! That is longer then I have been alive! She was a professional seamstress for six years and also a business owner for six years.

Snap-EZ produces products to meet the needs of preemie babies, toddlers, children, youth and even adults! Along with training pants.

We received a Snap-EZ Multi-Sized Baby Pocket Diaper in the color of Bluebell. 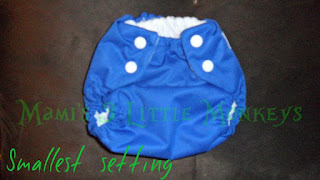 While set on the smallest setting the diaper appears that it will be great on newborns. Snug leg elastic to hold in those newborn explosions. 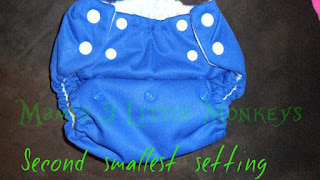 Ezio wore the diaper on the second smallest setting. He is nine months old and roughly 24lbs, short and chunky! This setting gave us a secure fit, with OUT being too tight. My biggest problem with cloth diapering Ezio is finding a diaper and or setting that will be snug enough to hold in the yuckies, but not too tight other wise the elastic digs into his thighs and is really tight around his waist when he is sitting. 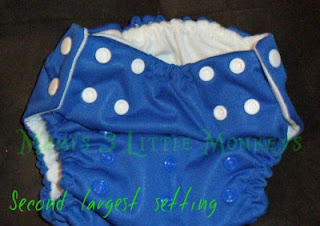 Cade is two years old and 31lbs. Unlike his baby brother, Cade is tall, and slender. 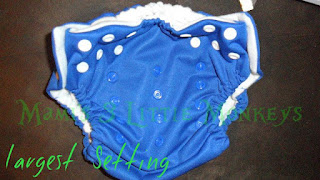 Usually diapers are too big in the waist on Cade, but fit Ezio perfectly in the waist, even quite a bit of one size diapers. With Snap-Ez, BOTH of my boys can wear this diaper, which moms cloth diapering multiples who vary in size totally understand.

I put our Snap-EZ diaper to the ultimate test if you ask me! Cade has a serious texture issue when it comes to food, so more often then not he doesn't eat all day and if he does it's a little bit of dry cereal or something dry and only a small amount of it, he drinks milk as his meals pretty much. So I'm sure you can guess how often he needs a diaper changing. He also wakes at least once in the night for a clean/dry diaper. 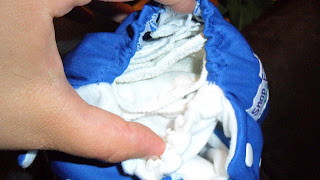 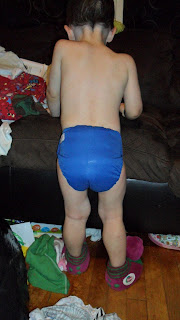 With our Snap-Ez I was able to fit a hemp prefold, which I folded a microfiber between each layer of the hemp. Total there were probably about 4 or 5 microfiber inserts and the hemp prefold, all fit inside of the Snap-EZ (see above photo) and he was still able to walk pretty normal, it most definitely was still a little bulky, but comparatively to some of our other pocket diapers, the Snap-EZ has a large pocket. Most of our other diapers I'm lucky if I can get two inserts in the pocket with out feeling like I'm going to rip the PUL. I loved that he was able to walk to his room and not have to be carried due to so much bulk. This is now our night time diaper! He was able to wear the Snap-EZ over night with no diaper changes until the morning!!! So EXCITING! 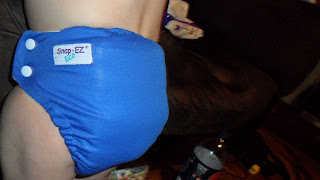 There was a nice fit around his thighs as well as his waist.

Purchase your very own Snap-EZ Multi-Size Baby diaper for only $19.00 each. Choose from nine different colors. During the month of September receive FREE shipping on all orders, so hurry and order yours today! They will even ship to Canada, Australia and Europe for free this month! Don't miss out on such an amazing special.

Connect with Snap-EZ to hear about specials, discounts, restocking, etc!

a Rafflecopter giveaway
Posted by sarh s at 3:23 PM