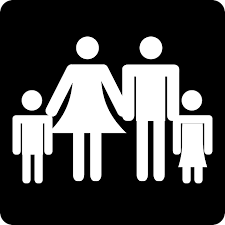 Disclosure: This is a sponsored post which was written by another author. I have not written this post nor am I the original author.

There’s a temptation when parenting to constantly stick to your children like a barnacle to the bottom of a boat. After all, they’re your children. It’s natural that you want to make sure they’re safe and growing up properly. However, kids are also people, and like all people they like their space. It’s not that they don’t like their parents, it’s just that too much of anything can be bad for you. Including a parent’s love and care.

In this discussion of children’s freedom, we’re not going to get into high-minded discussions of liberty, human rights, or the argument between ordered authority and individual freedom. We’re simply going to be talking about the effects that incessant parental interference can have on children and their overall well-being.

Helicopter Parents
A helicopter parent is a somewhat disparaging term used towards moms and dads who are constantly “hovering” around their kids. You probably know the type. They’re the moms who are constantly texting “r u ok?” to their children every five or ten minutes when they’re out with friends, or the fathers who loom menacingly over their daughter’s shoulder when they meet with potential boyfriends. They’re also parents who constantly get involved in their children’s affairs, often to the latter’s embarrassment.

The problem with helicopter parenting, primarily, is that it robs a child of one of their most important rights – the rights to privacy. To give you an example, try to think back to when you were a child. How did you feel when your parents snooped through your things or questioned you incessantly about what you were doing while out, or if your parent ever insisted on trying to be involved in things you were doing with friends? Now imagine how your child must feel when you start doing the same thing.

Let it never be said that history doesn’t have a way of repeating itself.

The Importance of Your Children’s Independence
One of the major problems with constantly involving yourself with your child’s affairs is that it robs them of their independence, their ability to act as their own individual agents. This is actually very damaging to them, especially later on, as it means they become increasingly incapable of living their own lives and making their own decisions. Imagine Seymour Skinner from The Simpsons and you have a very good idea of what we’re talking about. As your child becomes less capable of forming their own actions, they become less capable of growing into fully functioning adults.

Such activity can also inhibit your child’s abilities to form meaningful relationships with their friends and peers, particularly if you insist on getting involved in or disrupting their social life. This damages their ability to communicate with other people, to form connections and networks, and thus their ability to get ahead in life as adults. This loss of independence can also formulate another major problem in your child’s independence. It fosters a great deal of resentment from the child towards the parent. After all, nobody appreciates having their freedoms restricted or intruded upon by outside parties, including their parents. The more you insist on hovering behind your children like an omnipresent helicopter, the more constrained they’ll feel. This can result in a complete collapse of their relationship with you, and may even encourage them to cut off all ties completely the first chance they get, which is probably every parent’s nightmare.

How to Prevent Helicopter Parenting
The most important way to prevent intruding too much on your child’s privacy is learning how to keep a respectable distance from them. This does not mean completely ignoring them or their safety, but simply recognising that invisible line between “mothering” and “smothering”. Striking a balance is actually fairly easy to do, if somewhat difficult to keep to at times.

When you take your children out to play, learn to sit off to the side and let them do their own thing. Keep far enough away that they’re free to enjoy themselves uninhibited, yet close enough that you’re visible in case of emergency where you need to take trip to an urgent care, like Night-Lite Paediatrics. Don’t insist on playing with them all the time. Indeed, after a certain age you should not really invite yourself into their activities at all. Instead, wait to be invited. Respect your children’s privacy, respect their space.

Likewise, whenever your children go out with friends, discuss safety issues with them beforehand and establish clear rules, such as what time they’re expected to be home, the amount of cash they’re allowed with them, and what times you’ll call or text them to check up on them. When calling or texting your children when they’re out, make sure you choose a reasonable time. For example, if your children leave to go somewhere at six and are expected to be back by eight, a call around seven or seven thirty is not unreasonable. Only call them at the agreed upon time, never before, except in emergencies.

The key is mastering parenting in such a way that you’re present without being too close. Your child should always have some sort of connection to you should they need it, whether it’s simply finding you sitting across the other side of the room or through a quick phone call. However, at the same time, they should only be aware of your presence when they need to be aware of it. They need to be able to have moments where they can feel “alone”, whether it’s alone with themselves or alone with their friends. Doing so will not only allow them to develop their own sense of independence and individual responsibility, but can also help them to appreciate you more as a parent as you become less an obstruction to their own freedom, but rather a guarantee of it.

Article Author: Christian Mills is a freelance writer and father who is always looking for ways to bring up his kids in a healthy and safe environment. If you would like to learn more about Christian, you can check out his Google+ profile.
Posted by sarh s at 3:28 PM